We are very proud of the accomplishments of Noah Runciman during the hydrofoil pro tour in San Francisco. Noah is youngest member of the F-One racing team in North America. He finished 16th overall and first U19 in a very competitive fleet. Seth Besse, the race director sent us the following:

This past Sunday we wrapped up the San Francisco stop of the Kite Hydrofoil Pro Tour and reflecting on the event, I am both nostalgic and optimistic as I look towards the future of the sport. It was in the early 2000’s in San Francisco Bay that, the Giants; Chip Wasson, Geoff Headington, Anthony Chavez, and others were just forming the concept of racing kiteboards. From racing twin tips in 2006 to the Olympics in 2024, it has been an amazing evolution.

In years past we have had a drought of Junior racers. For several years, Daniela Moroz was the only under 19 year old to be racing around with us. This year, however, we had several racers racing U19. You would never know as they all have skills well beyond their years; many of whom where sill in diapers when Chip was first racing his Air Chair Foil around the course.

It is entirely possible, if not likely, that one of the juniors below will be at the 2024 games representing our sport. 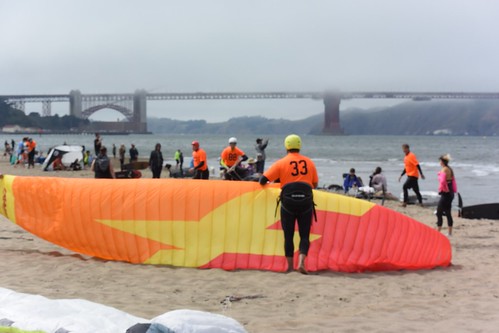